Discovering old objects has been a passion of mine since I was a child. This passion was stoked with every visit my family made to Genadendal. Old books, searching for old coins and tales of the Khoi and the Moravian missionaries all instilled in me a curiosity that continues to this day.  I have chosen a New Testament Bible that was published in 1729 in Amsterdam as the subject of this object study. I have placed this Bible at the centre and I have connected two stories to it. The first story is that of the missionary Georg Schmidt, his conversion of the Khoi, and the formation of the village of Genadendal. The second story is that of my great-grandfather Daniel Moses Wessels who apart from being a teacher and Moravian priest was an anti-apartheid activist. During his lifetime he fought for values such as non-racialism and equality and found himself guided by his faith. 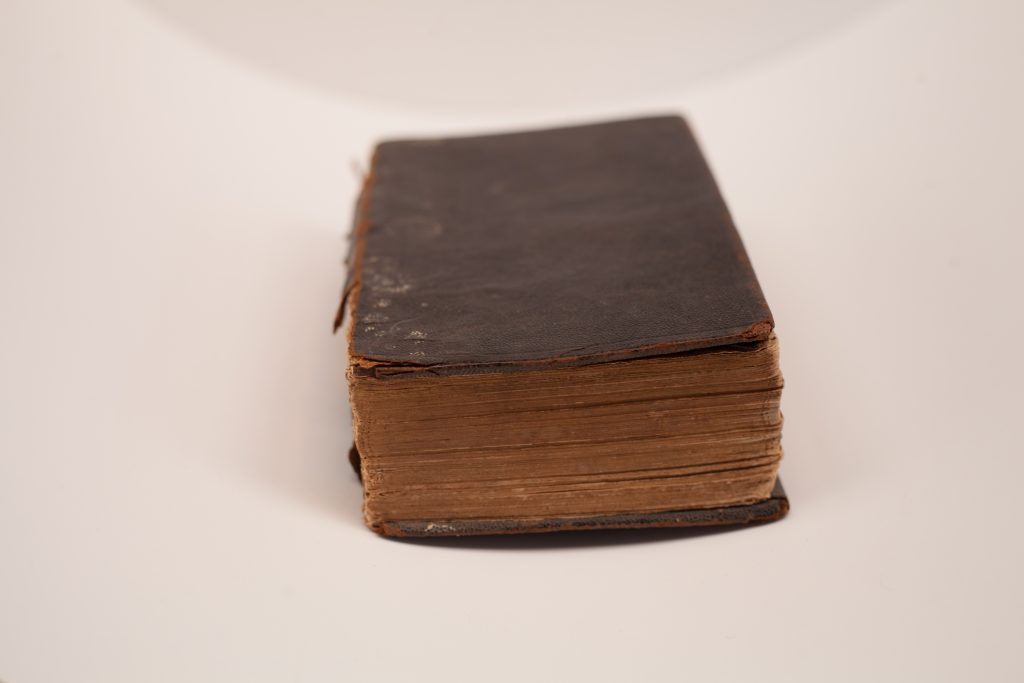 Christianity’s arrival at the southern tip of Africa, aided in the destruction of the Khoi religion and its spiritual forms of expression, this is an inescapable conclusion. Yet Christianity in South Africa, centuries later, also provided a platform for the agency of people of colour. It was Daniel Moses Wessels’s faith that guided him in his opposition to the racial oppression of apartheid. This link is further deepened as he is a descendant of the Khoi Christianised by Georg Schmidt all those years ago. I think it is important to explore all the contradictions and confusions when we try to understand or analyse a particular time in history.

All the photos of Genadendal were taken by my grandfather Martin Wessels. He and my grandmother Hilda were avid photographers, and I am excited at the opportunity to exhibit them on an online platform where it is possible to share them with so many others. This project for me is the start of a discussion of the stories of the objects that surround us. But it is also a story of family and learning about those who have gone before us.